Like the experts say, the body might die but the spirit doesn't. It’s just not a once in a lifetime experience someone had sitting in his/her room. Spirits are mentioned in many ancient, religious, and folk tales around the world.

It might be hard for some people to believe those hundreds of thousands of ghost stories published, re-created, and proudly mentioned in many bestseller books.

But these people who’ve had ghost encounters, especially with their long-gone dead grandparents, certainly are no fiction, fairy tale writers.

Here are some people who’ve had real-life firsthand encounters with their dead grandparents, sharing their experience with the Spirit Lover/Me.

After almost 14 years of my grandfather’s death, I found a few pictures of him while cleaning his old office in the basement.

He was always a happy-go-lucky person until he lost his loving partner, my grandmother in an accident. Since then, till his death, I never saw him smiling once.

Suddenly when I found a picture of my grandmother in his old wallet, someone whispered in my left ear saying something like “Mimineee”.

“Minne” was what we used to call my grandmother. I was all alone in the basement but never felt that the spirit in the room, most probably my grandfather, wanted to hurt me.

“And suddenly she started laughing"

My 9 months old girl was crying for almost an hour when all of a sudden she started laughing. I was shocked and scared at the same time. There was no one in the room except me and my little girl.
I noticed my daughter was staring at the door and laughing constantly until she fell asleep.
For a few more days the same happened and slowly I started feeling a presence in my house.

I still don’t know who that spirit was. But whosoever it was, had a special affection towards my daughter for sure. 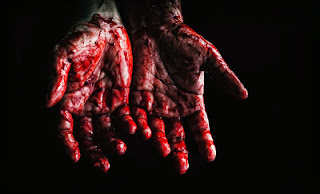 “We had to take the painting down”

My great-grandfather was the leader of the factory workers union back in the 30s-40s. He died of a heart attack at work, which we still believe is a lie and we are sure that he was poisoned.

Recently when we shifted to a place near the old factory in the countryside where my great-grandfather used to work, we hung a painting of him in the dining area.

One morning when I had to rush to work early, I noticed someone sitting outside the window looking at my grandfather’s painting. I tried to ask him who he was, but he slowly walked away. But when I went after him outside, he literally vanished.

Since then we started having similar incidents where we found some people looking at the painting of my great-grandfather. We tried really hard but never caught a single person ever.

Those were the spirits of the people my great-grandfather helped. Those spirits were his admirers. 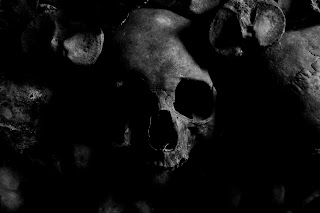 Have any similar personally experienced grandparent’s ghost interaction stories to share? Write to me in the comments section below or Contact Me! Visit my shop for high quality products.
Did you ever wondered what your soulmate looked like? If you would ever encounter him or her? Now you can with this sketch! CLICK HERE TO FIND OUT!