"Djinn Powers & Weakness” is one of the most debated topics among paranormal & Djinn experts around the world, especially in the Arabic countries. Djinns, created by Gods from the smokeless fires, are the most powerful demons known till date in the paranormal world.

The spirits of these demons were created way before the creation of humans. No wonder why djinns today feel so aggrieved after being disturbed by humans. Djinns are no lover of the sun and are known to sleep in the day.

Here we take a look at the major Djinn Powers and Weaknesses that the world needs to know more about!

1. Each Wish has a Price to be Paid

Wishes are restricted by rules. Breaking or tweaking even a single rule can have some serious consequences.  Each and every Djinn has a limited number of wishes that it can grant. Djinns are very literal and strict with every word that is being wished.

For example, if someone wished for a beautiful wife, his definition of beautiful might be different from that of the Djinn’s. The wisher might get a wife that won’t look beautiful to him but to the Djinn she might be the most beautiful girl having no legs or no arms. 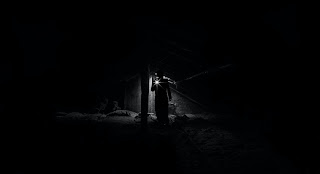 Djinns can import a ton of delusions in the mind of their target spirit, causing them to enter in an unconscious, phony state of mind.

These delusions are mild fashioned & are very-low key, leaving the person awake. The risk is that of having them break on a mental & emotional level due to the mix of reality and illusions.

Djinn have immense capabilities to take any shape and form. They usually clone humans to take powerful actions against rival spirits.  With other superpowers like superhuman strength and telepathy, the cloning power just becomes even more scary and dangerous.

1. Fear of Steel and Salt

Similarly like many other demons, Djinn also have a deep fear of coming even close to steel. Also, Djinn fear salt more than any other demon in our and the other worlds. It agitates them like fire agitates humans.

Now many experts believe this as a hoax, but legends have it that Djinn just simply hate being social and going into noisy places. Although there are stories of Djinn encounters at festivals and fairs, most of them include some kind of fiction or tweaking. 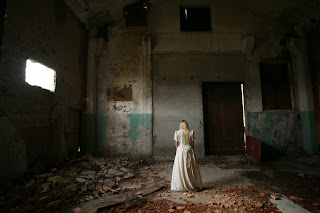 These were the Djinn Powers & Weaknesses that are debated around the world. Got any other topics of debate you would like to talk about? Comment in the section below! Visit my shop for high quality products.
Did you ever wondered what your soulmate looked like? If you would ever encounter him or her? Well, now you can with this detailed intricate sketch of him or her! CLICK HERE TO FIND OUT!